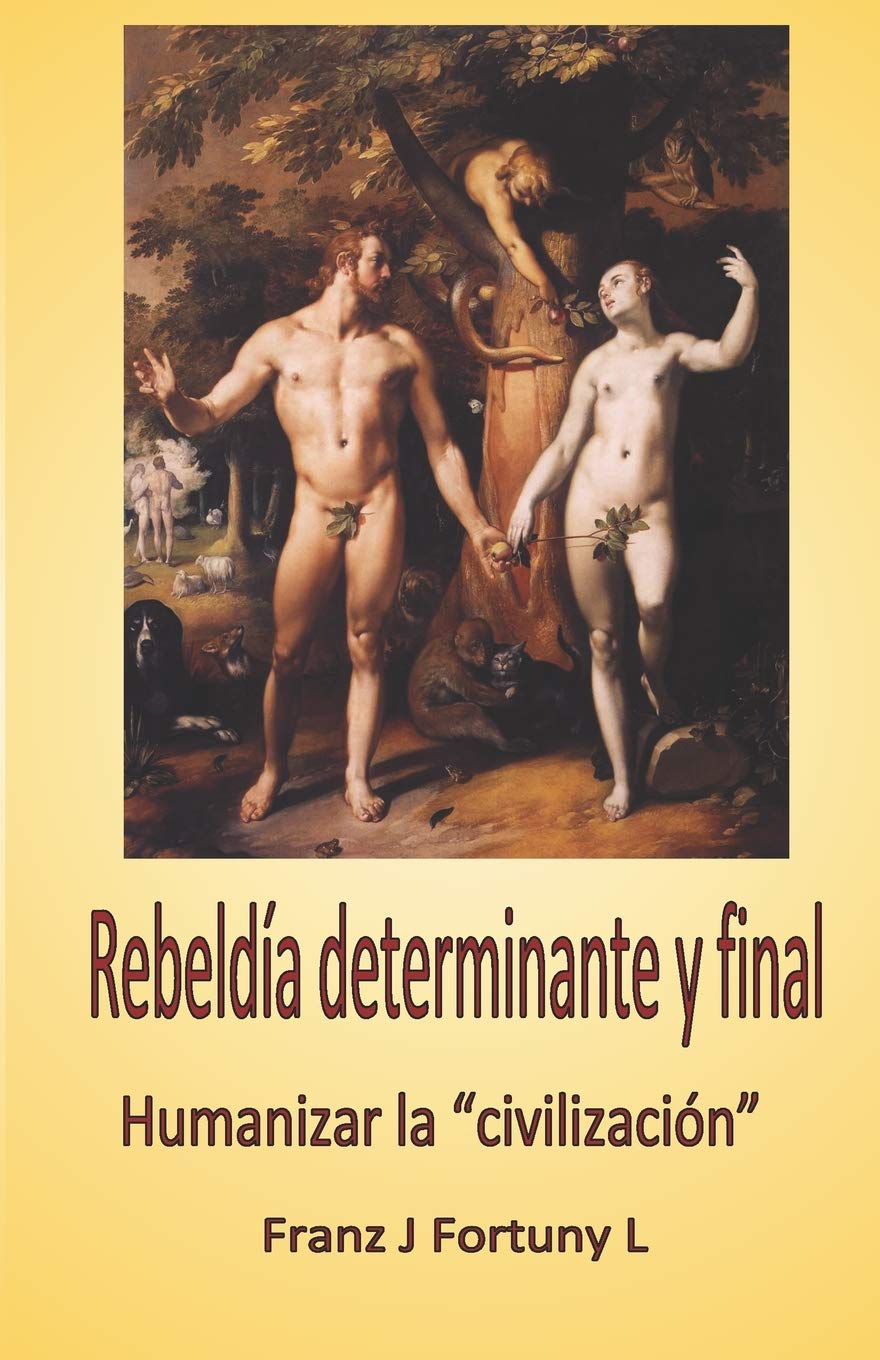 The Crooked Ones Are The Worst Viruses

The human species is impeccably complicated. Its degree of complexity in every single aspect of its existence is what makes it special or different from the other similar biological species. After several hundreds of thousands of years existing on Earth, it has arrived at a point of growth that threatens to cover the whole surface of the planet with human plasma. In the last 200 years it increased 550 times the highest number it reached in more than 1 million years. So, we are doing something that is making it easier and safer to reproduce.

What is that good for? If you believe in God or in a Universal Energy that we belong to or in the Soul as a spirit or entity separate and independent in eternity from the biological body, then you will have to accept that making it easy to grow human bodies facilitates the destiny of incarnation for the zillions of souls that theoretically (according to this line of belief) there must be. So, the easy thing for the gods, God or the Universal Central Energy is to generate souls. There must be zillions of them and they all "fit" in the tip of the tiniest pin. So it must be sort of frustrating for those souls not to be able to incarnate. There is a real "scarcity of bodies", and compared to the technology the gods must have to create souls, the technology to create human bodies is terribly rudimentary. An evolution of several billion years had to take place before the first experiments for possible incarnation began to be successful. Some pioneer souls in the event of incarnation must have felt really bad within those initial outcomes that were not biologically as fit as we have turned out to be.

Now, some of us do not feel comfortable with the idea of ethereal beings such as souls. We believe that we have gotten to understand the way biology works and tend to explain what others call "soul" as simply the "mind", or collection of thoughts and experiences stored within the confines of the electro-chemical sub system that we call "brain". We like to think that the stored collection of information, combining its different elements, creates new ideas and theories, some of which are more easily than others to bring to reality.

The theists and the atheists. For some people, hearing that somebody is an atheist is like hearing that somebody is closer to the ethereal being that embeds the badness of the Universe. If the person proclaims agnosticism, then they feel a little better. At least, they say, the agnostic is in the middle of the way: far from the Best Ethereal Being but also far from the worst ethereal being. These people tend to believe that all the "evil" of the universe is really generated by the weby, (weby = worst ethereal being + y). They also tend to believe that all the good of the Universe is generated by the Beby, (Beby = Best Ethereal Being + y).

Somehow, the power of the Beby is limited to the condition that must be agreed that allows the weby to exist. (I would certainly design a better universe if they gave me a chance. Would you not?)

Some of us try to explain the good things and the bad things in reference to the simple evolving energy in the universe. This energy simply is. We are part of that energy. Some results of such evolution turn out to be "good" for our existence, and some results turn out to be uncomfortable or plainly bad. Or else, how can we explain the existence of the crooked people of the world?

The crooked ones are those that live a lie. They are the people of the lie. The rules within human groups or "social groups" should be very easily explained by simply stating that the limits of your rights and actions are set by the limits of the rights and actions of the others. You are allowed to do all that affects others positively or that does not affect them at all, directly or indirectly. You are not allowed to do what affects others negatively. But when you put up an enterprise and start producing something or offering a service, there is a chance that somebody else is doing the same. However, it is still allowed. How come? Simply because the presence of your offer makes the other offer try to be better and the final result is more of the good stuff for everybody. That is why you are allowed to compete. What you are not allowed to do is to lie about your competitive basis. That is, you are not allowed to create conditions that will make your personal position such that those who intend to compete against you will automatically loose. The name of the game is "fair game".

The crooked ones -inspired by weby?- will not care about the consequences of their deeds. One consequence from the deeds of the crooked ones, that we all suffer from today, is the creation of computer viruses. There is no time in the universe more stupidly used than the minutes or hours devoted to conceiving, designing, programming and launching viruses. The crooked being behind the action would be, if you are a theist, a real weby, a person of lie. If you are an atheist, the crooked person is simply a biological entity that lacks the capacity to respect others like others should respect it. Now, if others do not respect it, then it is a consequence of social sickness or generalized social idiocy or stupidity.

The crooked virus creator either wants to have secret fun at the expense of other persons' well being or feels hurt by the actions of others and is compelled to revenge. In both instances, the final decision comes from the virus creator. In none can the virus creator ever be forgiven after the massive damage caused by a totally useless action.

The most valuable asset any human being has ever had is time. The Internet crooked persons steal time from others. Time is unrecoverable. Once time is gone, it will never ever come back. When a virus invades a machine the least damage it will do is to steal time, although it could also cause loss of data, in which case the virus creator becomes a real criminal.

The crooked people of the world are persons without the capability to understand justice and balance of rights. They will try to steal what belongs to others instead of competing for it. The well adapted human being will know that a competition is to be won, but will always enter it with a clear vision of all possible outcomes. The crooked person will try to affect circumstances on his behalf, instead of trying to be a better competitor.

The crooked person will blame others for their failures and lost competitions. If sufficiently pushed, they will revert to crime, to robbery, always with a justification for their law breaking.

Life in society is not a rose garden. Life is difficult, hard, with a tendency to be felt as unfair. But it is our unrealistic expectations that ring us bells of unfairness. Life is most likely (but not totally) the result of your efforts, the result of the quality of your efforts. It is very unlikely (but not impossible) that with no efforts at all, you will find yourself with privileges of the hard working, passionate individuals who climb the mountains of uncertainty with unquestionably determined attitudes.

The crooked person reverts to seizure by force or subterfuge of that which does not belong to them under any set of human rights. The crooked person will always try to explain other persons' successes in terms of unfairness and inequality.

We need to find ways to spot the potential crooked individual and see that their usefulness within society can be constantly monitored. Society, in search of a humane way of acting, needs to find ways to cancel the action of the crooked individuals before it actually happens. The limits should be carefully defined and actions should be instituted to respond with efficiency as any signs of twisting begin to show up. It is not easy, but it needs to be done. We need to know what those genes are that make the individual incapable of accepting the conditions in life that we all need to adjust to.

Not to monitor the potential crooked persons would be negligent. So far, the crooked people of the world have managed to make things more difficult for us all. We all suffer daily from life conditions that fall well below what we deserve, simply because we must take into account in all our actions, that we need to protect whatever we do from the crooked ones. That sole idea is an energy demanding and sucking element. The quality of our lives decreases as we must be constantly monitoring the attack of the criminals, the liars, the maladapted.

Something must be done, but very different from what we have been doing as a society.

Every single time that crooked maladapted individuals exert their action, the leaders of our societies turn to methods of action in which everybody becomes a suspect of possible criminal action. The monitoring starts on every single person, as if every single person were a potential criminal.

That is wrong. The suggestion here is in an entirely different direction: investigate the patterns of behavior of the crooked ones, their genes, their isolating traits. Of course, this must be done with intelligence. In the hands of persons without a sharp discerning capacity, arbitrary deeds will be perpetrated again. There is a direction that we must find and apply.